Rich Franklin is an American mixed martial artist and is a former 3x UFC Middleweight Champion. He is also the co-
founder of American Fighter. Franklin began his UFC career with a perfect 3-0 start and is currently ranked as a brown belt in Brazilian Jiu-Jitsu under Jorge Gurge. 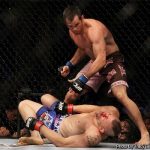 some secret talent the “common folk” do not possess. Am I able to jump higher, hit harder, react faster than the average person? Do I possess some, almost super human ability, if you will? NO, but there is something that separates me…work ethic and determination. I remember training one time when I was still teaching high school. I was supposed to meet a training partner at the high school track to do a sprint routine and stairs. As usual, this was not a fun workout. Well…he didn’t show. I didn’t feel like doing this on my own, but my alternative was to skip (quit) the routine. I decided to forge on, and halfway through the routine, the voice of reason in my head began talking me out of the hard work with excuses for why it was okay to deviate from the planned routine. Then I thought about moments when champions win their trophy, belt, ring or whatever their respective sport offers the best. I said to myself, “champions are made when nobody is watching!” I completed that workout. This was not a one-day mentality, it is something I take with me every time I train. That is what separates champions from common folk!!!

Who I Would Like To See Interviewed | It would be interesting to interview a champion in a craft where people underestimate the dedication it requires. Someone like a top level competitive eater…

My Definition Of Success | Success is a feeling of completeness or satiety with your accomplishments. So often we see rockstars, athletes or people held in such high regard unsatisfied with the life’s work they have completed. Often, these people are lonely, depressed and turn to substance abuse. Fans who are none the wiser see the wealth and prestige as success, but what is that success if it is accompanied with emptiness. When you can rest your head on your pillow at night knowing you gave 100% effort in you endeavor…whether that endeavor be raising you child or winning a championship, neither money nor prestige can define the success of any task. 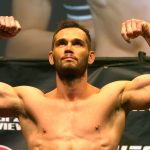 My Highlights | The best moment of my career was the first time my Father came to a live event to watch me fight. When I decided to quit my teaching career to pursue a career in professional fighting, he wanted to hit me. He was a big man, and had I chosen any other athletic profession than fighting, I believe he would have taken his chances. However, the first time he ever attended a fight live, he told me how proud he was I had the courage to take the risks I had taken. That trumps any victory or belt I could ever earn.

Principles I Live By | Those principles and values were outlined for me in the book of Exodus. God gave us a list of 10, and I think it is a pretty good reference point to live by 🙂

How I Deal With Doubt | I have self doubt and fear before every fight. I have literally prayed that God makes the lights go out in the arena. Courage is not the absence of fear. I took a friend skydiving when I was in college. She was scared to death of heights, and I on the other hand could care less. We both jumped out of a plane, but I ask you who was braver that day? Courage is not the absence of fear, but staring fear in the face and not allowing it to alter your coarse.

Daily Habits That Help Me Succeed | I try to spend time in my Bible daily. I surround myself with people smarter and better than me. Everything I do has purpose, even if I do something as mind numbing as watching television.

The Best Advice I Have Ever Received | Is from the very, very elderly, or young children. It is always simple things like, “eat dessert at the beginning of dinner rather than the end.” They always remind us not to take life so seriously, because when all was said and done, is the thing you blew up about today really going to matter 40 years from now. (People think) Young children are naive and inexperienced, and the elderly have lost their senses. I say the 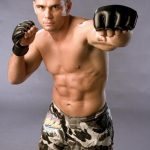 opposite…they are the ones with the proper perspective.

On Building Wealth | Have a clear definition of what wealth is before you begin to build. Is money your definition of wealth? Most people think it is until they are half way through the construction.

People Who Inspire Me | My mother. Now don’t go feeling all good about yourself if you’re reading this mom, because they didn’t ask about your flaws :). She gave me my stubbornness. I am so stubborn that I will not be told I can’t accomplish something. She taught me tenacity…the kind of tenacity it takes to win championships or deal with life when it gives you a bad hand. Most of all, she taught me to prepare for the worst. Have back up plans, and make sure your back up plans have back up plans! 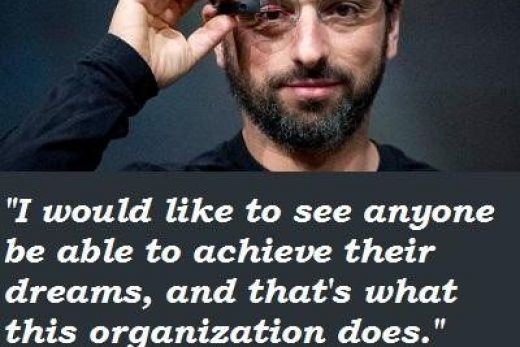 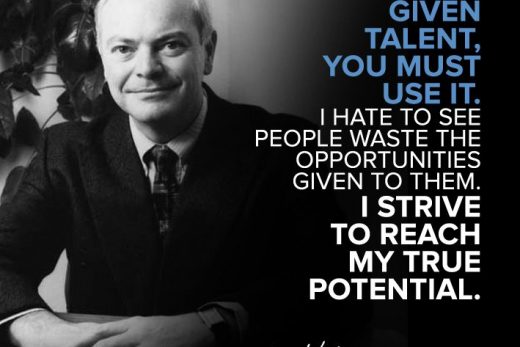 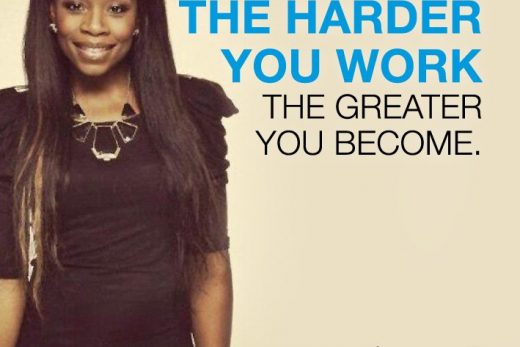