Professor Emeritus of Electrical Engineering, Stanford University & an American cryptologist, and is best known for his invention of public key cryptography in cooperation with Whitfield Diffie and Ralph Merkle. Hellman is a long-time contributor to the computer privacy debate and is more recently known for promoting risk analysis studies on nuclear threats, including the NuclearRisk.org website. 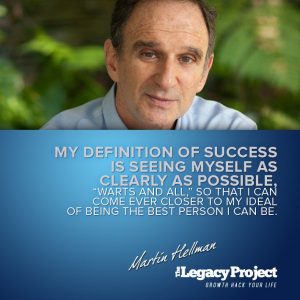 My Definition of Success | Seeing myself as clearly as possible, “warts and all,” so that I can come ever closer to my ideal of being the best person I can be. I see too many people – and used to be one – who want so much to be good that they can’t face it when they’ve made a mistake, particularly one that hurts someone else. Paradoxically, that condemns them to keep repeating that mistake.

My Highlights | At a personal level: The fact that my wife Dorothie tells me repeatedly that she is totally happy with our relationship. That is very different from how it used to be! We’ve been married 48 years, which I’d divide roughly into the first several (mad infatuation), the next ten (fighting all the time), the next fifteen (digging ourselves out of the hole we’d dug, then climbing “Mt. Everest” from which we can look down and see our former complaints as the petty things they were), the last fifteen (zero fights!). As you can see, it’s a process which took hard work and a long time. But it was well worth it, plus life got a lot better even in the early stages of the process.
At a professional level: Hitting what I call two “fool home runs.” In both cases, I took on problems which almost everyone else saw as fools’ errands, but which eventually succeeded beyond even my wildest dreams. I cover this in my talk “The Wisdom of Foolishness,” which I gave when inducted as one of “Stanford’s Engineering Heroes.” 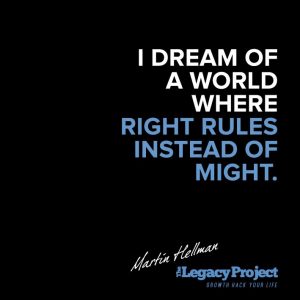 A Key Talent | Not being afraid to be human. (See #1 and #3 above for why that’s important.) If God had wanted me to be an angel, He would have made me that way. Wanting to be perfect is an implicit condemnation of His work, and prevents us from being the best that we can be. (See #1.)

Principles I Live By | Being committed to doing what’s right instead of what I think I want. Invariably, I have found that doing what’s right works out better for me than even if I’d gotten what I thought I wanted initially. But I know from my personal experience that it’s really hard to tell when you’re fooling yourself. Most people (including my “former self”) don’t do what’s right. Rather, I used to figure out what I wanted to do and then come up with the rationalization for why that was the right thing to do. Since making my commitment, there have been several times I’ve had to ask my wife to help me make sure I wasn’t fooling myself. She was able to help me both times, after I explained what might be making me fool myself. 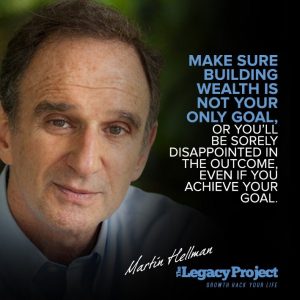 My Future Dreams and Ambitions | I dream of a world where right rules instead of might. Equivalently, I dream of a world where the human race has grown up past its current level of maturity – that of an irresponsible adolescent. Given the god-like power technology has given, and is continuing to give us – the ability to destroy civilization with nuclear weapons, the ability to create floods and other environmental disasters, the ability to create new life forms – we had better grow up or we won’t survive!
So another way to put my dream is that humanity would recognize that reality. Because, if we understood that the choice was between growing up and dying out, I am convinced the survival drive would win out over our tendencies to greed and violence.

Advice on Building Wealth | Make sure that’s not your only goal, or you’ll be sorely disappointed in the outcome, even if you achieve your goal. 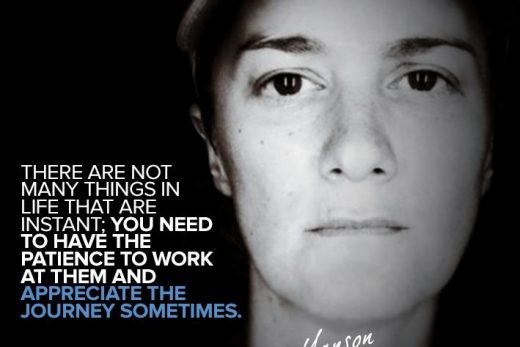 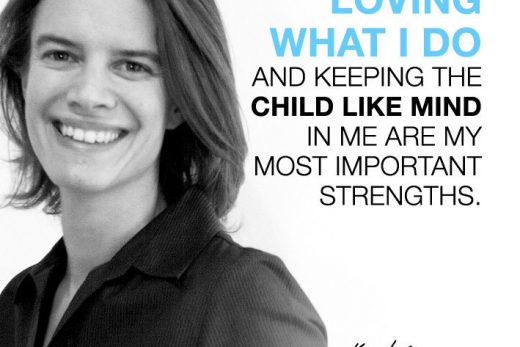 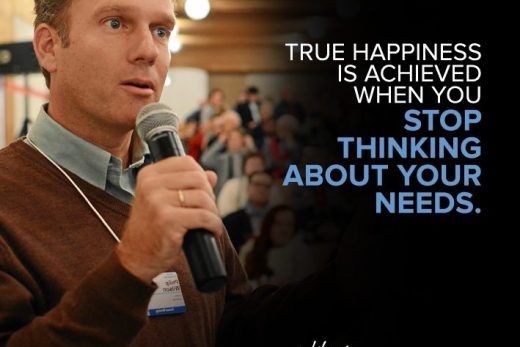 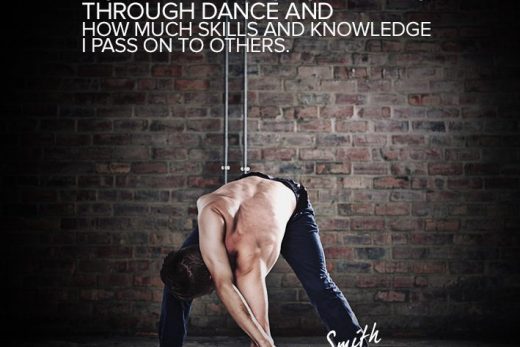