Heshan de Silva is the founder of The De Silva Group. Having not completed his university education, he returned to Kenya and entered the business world through an insurance product that was marketed by Cannon Assurance in Kenya. After the success of that product, he went on to found the Group as it is today – focusing on empowering the poorest people in Kenya. In 2008, Heshan was invited to President Barack Obama’s inauguration by the US Congress through UPIC as one of Kenya’s brightest young leaders. In 2013, Forbes Magazine named him one of the Top 10 Entrepreneurs in Africa to follow on Social Media, and Change and Revolution Magazine named him 7th in their Top 10 Africans of 2013. In 2014, Heshan made it onto Forbes Magazine Top 30 Young Entrepreneurs in Africa, as well as one of CNNs Top Entrepreneurs in Africa. A devout Christian, he spends much of his time mentoring young people on various issues. 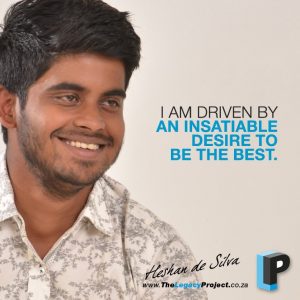 My Definition Of Success | Success to me is a combination of many things. An ability to meet my daily needs, to ensure those close to me are well taken care of, waking up in peace every morning, and living for more than just material objects. Of course it’s changed! I used to think of success as money, cars, being ‘famous’ and glamour. When you get there, you realise it isn’t that at all. You wish for the peace you once enjoyed when few people knew who you are. Living for others means a lot more than just acquiring things for ourselves, but I had to understand that for myself.

I Am Driven By | An insatiable desire to be the best. I need to be up there in everything I attempt. When I stumble, it irritates the heck out of me. I know I’ll never be the best, but that desire combined with working with the time I have brings me one step closer every day.

My Highlights | Renewing my faith in Christianity is number 1 for me. Without my faith I am lost and wouldn’t have what I have today. Being able to sponsor children to school even though I dropped out is another. And of course making 2 Forbes lists, being interviewed on BBC by the amazing Komla Dumor before his really untimely passing, and being named as one of Change and Revolution magazines Top 10 Africans of 2013 – and I’m still only 26. What God can do is incredible.

The Difference Between Good And Great | Being good at something often pays your bills. That makes you comfortable. I hate being comfortable because that denotes stagnation. Nothing good happens when you’re still. But often that is enough for most people. When you’re young, push hard. Go that extra mile. If you dare to be great, and work hard at it – you get much more than just comfort, you earn respect.

The Characteristics Of Success | I try to see the good in everyone. I’m a firm believer in second chances – I’m a product of several! I believe that kindness is everything; even when rejecting someone, show them a way forward. Then more literally I love studying facial expressions of people, micro expressions reveal everything. Master that and you’ll never be clueless in a board meeting again.

Principles I Live By | If you find that your journey to the top involves crushing even one person – it isn’t worth it. Live for more than yourself, the common good beats the heck out of the good for the few. The more people you can empower on your rise – the better it is for everyone. And most importantly, honour something bigger than yourself with your life and work. If you become a god in your eyes, you lose the point of everything. I’m not saying adopt a faith – I’m saying not everything needs to rest on your shoulders and the credit for your success is not all yours. 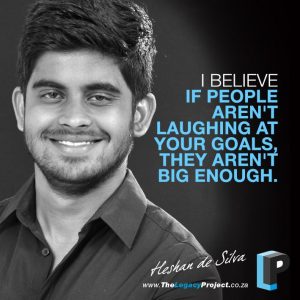 Critical Skills I Develop | Being able to remove emotion from the equation. Profit and loss is all that matters in the business world. If its loss making, kill it – you’ll come up with something better. Every problem has a lesson in it somewhere, and if you figure out the lesson – then it’s all worth it.

Performing At My Peak | I surround myself with people who are smarter and better than me. Everyone who works for me has at least one university degree. I’m literally the least educated person in my company! I challenge myself to keep destroying any box I may be thinking ‘inside of’, and when I need a break – I make sure I take it. Life is about a strong balance, never let one side kill the other – work and play – but wherever possible I work more than play.

Resources I Use To Stay Inspired | I’m a huge fan of Robin Sharma. I think he’s brilliant. I’m a massive movie buff (I try to watch a movie a day), and if I’m not watching a movie I’m catching up on Downton Abbey, House of Cards, The Good Wife or anything that can teach me something while remaining entertaining. Travelling is important and absorbing new things. Never let life get mundane – it’s not expensive to have a vibrant life, it just means you have to do things differently.

My Future Dreams And Ambitions | 8 years ago when I was in rehab they asked me this and I had no idea. Today it’s very different. I have crazy goals. I believe if people aren’t laughing at your goals, they aren’t big enough. If I told people all those years back I want to be on a Forbes list one day, they wouldn’t have believed it – let alone making my first one at 25. So yeah, I have bigger ones. Maybe they’ll come through one day – and if they do, you’ll be the first to know!

The Meaning Of Life | To ensure you help others as you are blessed. Pay it forward. Lift someone else up. The world is filled with enough negativity; it’s up to the rest of us to shed some light. I believe that really honours our lives and our maker.

The Best Advice I’ve Received | TAKE YOUR TIME! Mr Rakesh Wahi, Founder and CEO of ABN360 (Forbes Africa and CNBC Africa) told me that. There is no rush. Be meticulous in everything you do – the end product will be far more impressive. 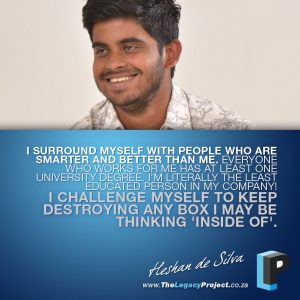 Advice On Building Wealth | Don’t make money your goal. Money is a number and numbers are infinite, you’ll never have enough. Live for something more than just money – you’ll find the financial reward follows that. So if you are starting a business, solve a pertinent problem first and let the business follow.

On Inspiring Others | I love working with young people. The energy levels are crazy and when empowered with resources and tools – they can do anything they set out to. We recruit from universities mainly, and the things we look for are VALUES, ENERGY, and COMMITMENT. I’m usually awake by 4am. If I send out a message then, I expect a reply from my team. The people we have get that. Who doesn’t love an energetic day where you get to impact lives?

I Am Inspired By | I have a few. Dr Manu Chandaria from Kenya, Ashish Thakkar from Uganda, and anyone who has come up from a level of despair to make something out of themselves. I admire and respect that tenacity.

The Legacy I Would Like To Leave | That one person was positively impacted by me and had their life changed as a result. 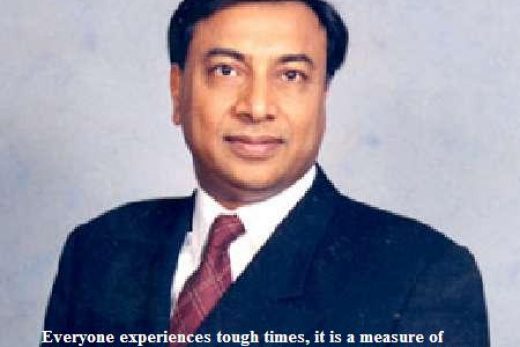 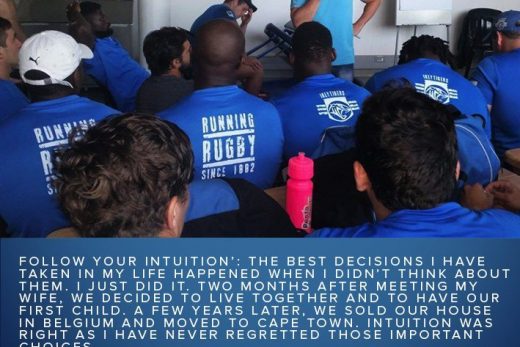 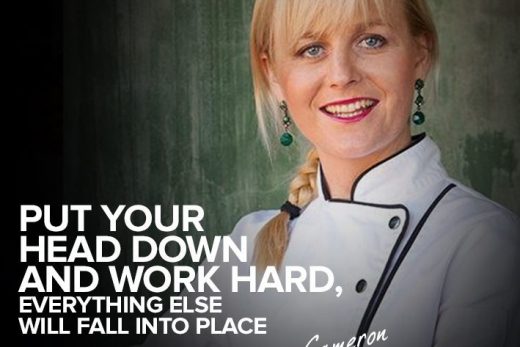 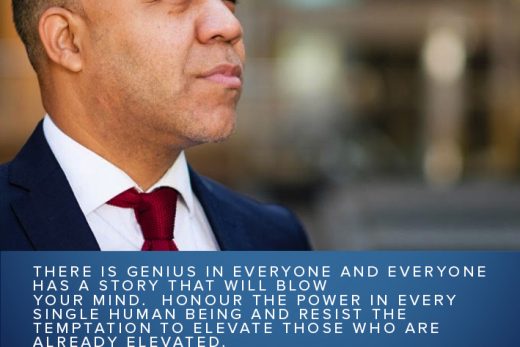