Bertie founded MindPilot (Pty) Ltd Strategic Positioning in 1995. Reporting directly to the CEO, he has, over the past decade executed a wide variety of special projects for the Naspers / MIH Group. His client list also includes various other JSE listed companies, African Bank, BHP Billiton Sanlam, Standard Bank and Sasol, as well as numerous SMEs. 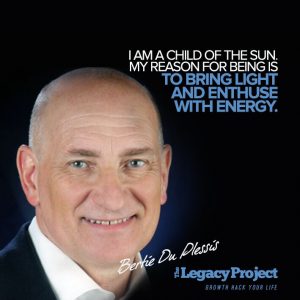 My Definition Of Success | Success is what you want it to be. It is a meaningless concept. Rather speak of achievements. Achievements are measurable and relative to the performance of both yourself and other people.

I Am Driven By | I am a child of the sun. My reason for being is to bring light and inthuse with energy. This is what I did when I was a minister of religion, this is what I bring when I consult, when I teach, when I make art: I bring a fresh look at things and I invigorate wherever I come.

A Key Talent | First of all, the idea of “the one talent” is somewhat misleading. Strengths and talents come in constellations. One star might be brighter than the others, but it is the constellation that creates meaning. There is also a difference in what we think is our most important strength and what others think our most important strength is.
Let me answer the question through the eyes of others and let me begin very early. I was 7 years old and in grade 2 at school when a wonderful teacher, Mrs. De Beer held up a drawing of mine to class with the words: “I think Bertie’s drawing is the best of all!” I was already drawing furiously since I could remember. My mother who kept a meticulous diary of me as a baby and a toddler noted of me at age four: “Bertie always asks his father and me to draw things for him, and then he is never satisfied.” Mrs. De Beer’s remark, however made me for the first time feel special as an art making individual.

My artistic ability permeates my thinking and doing. If differentiated me from a very early age from my peers. It undeniably belongs to my constellation of talents. My grade 2 year – and Mrs. Johanna De Beer – was crucial to my later success. Not only did she highlight my drawing talent, but at the end of the year, for the first time in her career as a teacher (and she was middle aged by then), she bought from her own pocket a (genuine) silver trophy because she wanted to reward me for exceptional academic achievement. Many years later, I was already in my late thirties, we met at a funeral and I was deeply thankful that I had the opportunity after all those years to tell her what a wonderful role she had played in my life.
Then at age twelve I overheard my father talking to a teacher of mine (the only time my father complimented me – and indirectly at that!): “Bertie has got very little talent for sport,  the fact that he managed to play both rugby and cricket for the first teams is sheer determination and persistence.” So determination and persistence must come very close to belong to my constellation of talents. But it is persistence in concert with the other talents that contributed to my achievements. 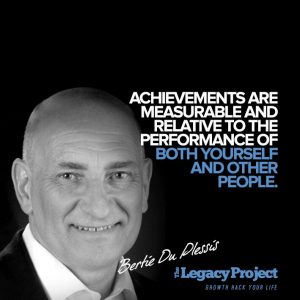 I grew up the ultimate nerd, not poor at the sports that conferred status at school; I was afraid of hights and would not dive of the highest board at the pool. I viewed myself as an anxious person. And then one of the most important revelations about myself through the eyes of another came when I was 19 and in my second year at university. My life-long friend’s family suffered a tragedy. A couple of weeks later he thanked me for the way in which I supported them with the words: “But of course you have nerves of steel.” I was dumbfounded. The boy who wouldn’t dive of the highest board at the pool. But later I understood what he meant. I had the ability to switch off emotions, focus on what needs to be done and doing it. You must be able to be the master of your emotions. If you are the slave to your emotions, you will always remain a member of the herd. This really is what differentiates the leaders from the pack.

I was already forty when an old colleague of mine, and one of the great historians South Africa has ever produced, John Kannemeyer wrote his autobiography in which he referred to me with the following words: “What struck me about Bertie was his energy and his ability to speak authoritatively on a wide range of disciplines, including fine art which he himself practiced.” What Kannemeyer highlighted here is, I think, a crucial element of achievement that most people agree on: energy. Without energy no achievement. Maybe flashes in the pan, but nothing consistent.
But here’s the thing, why it’s the constellation, rather than an individual talent that is the key to achievement. I have met many individuals who were far, far more intelligent than I am, but then they could not draw or paint as I could. I have met artists who could match me for accuracy and speed and have more artistic imagination than I have, but then they could not match me intellectually. In whichever company I found myself, I could always differentiate myself. Which means that I could always project and individual brand. To stand out from the crowd, you must differentiate yourself. Differentiation is the constellation. But there can be now constellation without individual stars. You can never achieve with only one strength. There needs to be an interplay. 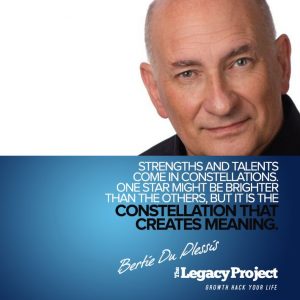 Performing At My Peak | Only the mediocre are always at their best. Don’t believe people who claim that they are always performing at their peak. It’s the 80/20 Pareto principle. If you can only get 20% of your time at peak performance, and then avoid the other 80% of the time to be poor, you are well on your way to achievement. 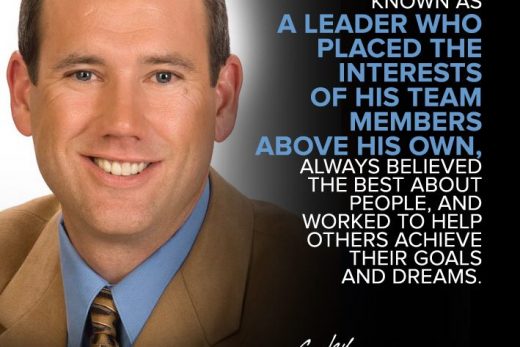 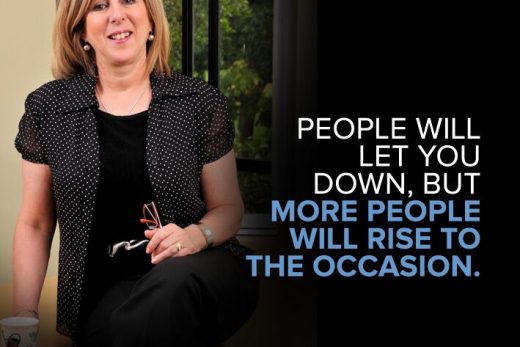 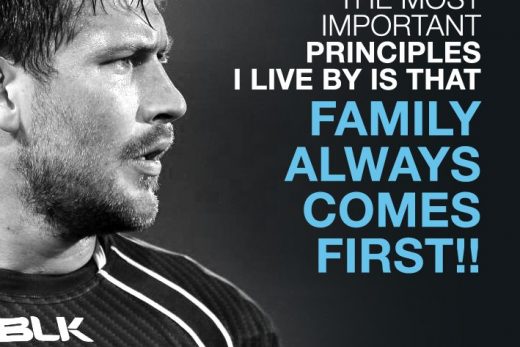 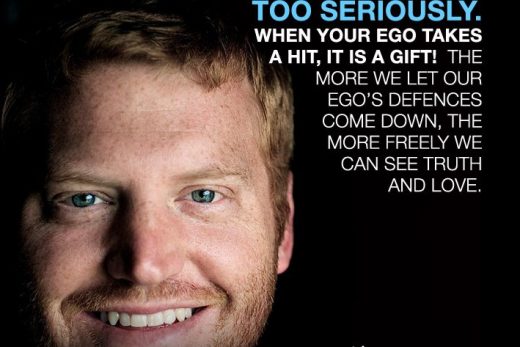