The Director of the Martin Prosperity Institute at the University of Toronto’s Rotman School of Management, Global Research Professor at New York University, and the founder of the Creative Class Group, which works closely with governments and companies worldwide, Richard Florida is perhaps the world’s leading urbanist, “as close to a household name as it is possible for an urban theorist to be in America,” according to The Economist. Esquire has included him on its annual list of “The Best and the Brightest,” and Fast Company dubbed him an “intellectual rock star.” MIT Technology Review recently named him one of the world’s most influential thinkers. GDI also named him one of the world’s global thought leaders of 2013 and the AAAS (American Association for the Advancement of Science) recently named him 100 of the most followed scientists. He is also a member of the Global Agenda Council on the Creative Economy, World Economic Forum.

I Am Driven By | The opportunity to help shape the field of urbanism by building greater creative more inclusive communities. 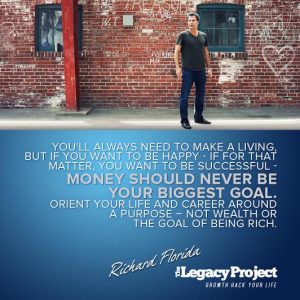 My Highlights | There are many things that I am proud of in both life and work but I am particularly proud of The Rise of the Creative Class and the attention it brought to our cities and what really drives economic growth. When cities are developed the right way, they spur creativity and innovation, drive economic growth, and at the same time build civility and tolerance.

A Key Talent | Creativity. As I wrote in The Rise of Creative Class, every single human being is creative. Economic growth is driven by creativity, so if we want to increase it, we have to tap into the creativity of everyone. That’s what makes me optimistic. For the first time in human history, the basic logic of our future prosperity dictates the further development and use of everyone’s creative capabilities. The great challenge of our time is to find ways to tap into every human’s creativity. This requires us to find new ways of sparking creativity and investing in ways to engage creative workers in a shared future.

Lessons I Have Learnt | Never stop doing what you love. Cities have always been a passion of mine. I wrote a book in which I tried to make sense of cities and their upturns and downturns, drawing from my experiences in Newark, my memories of my father’s factory, and the struggles I had seen in Pittsburgh. I wanted to know what a city would have to do to become a place they would want to stay and work in and build a future – how it could become a more tolerant, inclusive, creative place, where people and businesses would flourish and grow. I had written several books before, which were read by my immediate family and a few students. But this new book – The Rise of the Creative Class – became a best seller. I got invited to talk to mayors and city leaders all over the world. I had never stopped doing what I loved, and all of a sudden, the whole world began to share my passion. 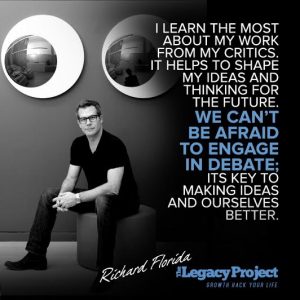 Dealing With Doubt | Straight on. I’ve said it many times:  while not pleasant at times, I learn the most about my work from my critics. It helps to shape my ideas and thinking for the future. We can’t be afraid to engage in debate; its key to making ourselves and ideas better.

The Best Advice I’ve Received | Follow your dreams, follow your passion: Not what others tell you to do; not what simply pays the most money. Do what really truly excites you. What makes you excited to get up every day.

Advice On Building Wealth | You’ll always need to make a living, but if you want to be happy – if for that matter, you want to be successful – money should never be your biggest goal. Orient your life and career around a purpose – not wealth or the goal of being rich.

On Inspiring Others | Jim Goodnight, the founder of SAS, and I wrote an article about this for Harvard Business Review several years back. We found three things to matter: First, an employer must eliminate distractions for its creative workers. Second, managers are responsible for sparking creativity. Finally, employers must engage creative workers as invested equals in the company’s future. Creativity is embedded in relationships, and it thrives among people who have worked together a long time. 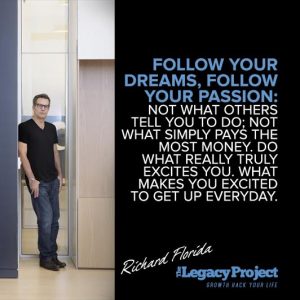 The Legacy I Would Like To Leave | It’s my greatest hope that my work will inspire a new generation of city builders. In a world now driven by creativity and ideas, our cities will drive all future innovation. Our cities require a new generation of leaders, city builders and ideas to guide them into the future – laying the foundation for continued prosperity and our culture itself. 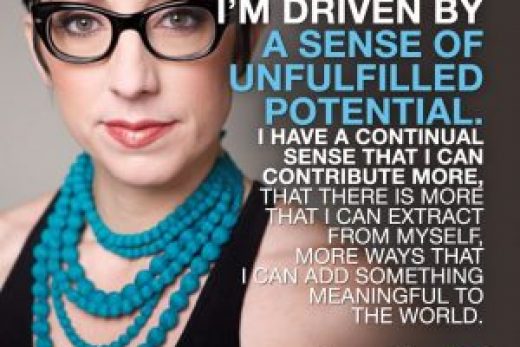 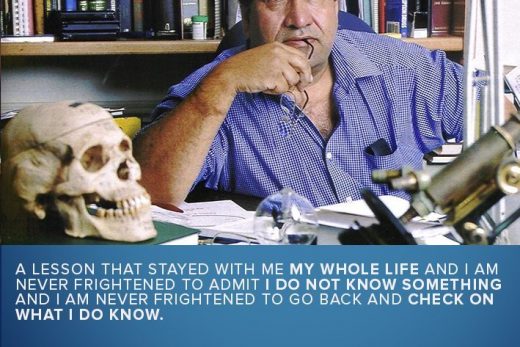 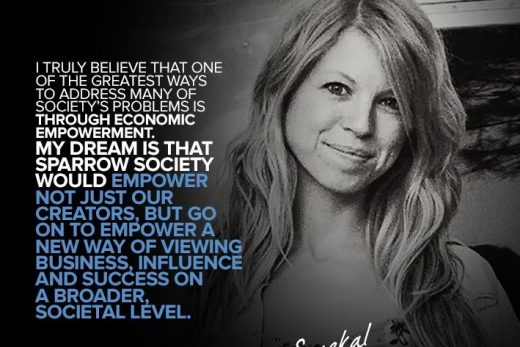 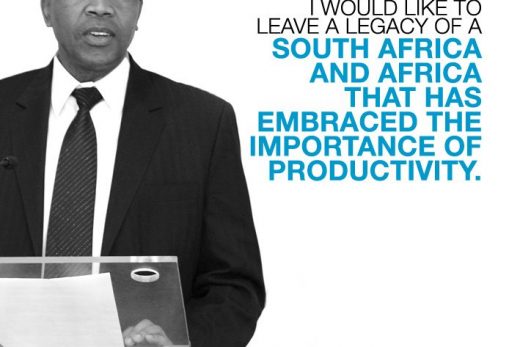