Mark Pilgrim is a master of ceremonies, corporate deejay, motivational speaker and a professional voice artist. Before becoming the media personality he is today, Mark was a consumer researcher for 8 years. He started his radio career on 5fm, and then broadcast simultaneously on 94.5 Kfm across the Cape and 94.7 Highveld Stereo in Johannesburg and in 2012, he won an MTN Radio Award for Best Commercial Music Show in South Africa. Mark has also hosted numerous prime time television shows, including Big Brother South Africa, New Moves and Face2Face. In 2008 he hosted the country’s biggest ever television game show, the Power of 10. He is also a friend of The Reach for a Dream Foundation and a patron of CANSA after surviving Cancer at the age of 18. 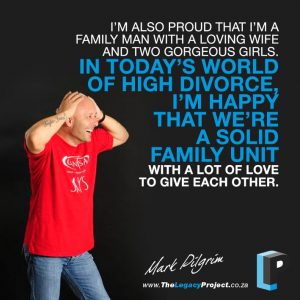 My Highlights | My biggest achievements are with my health and family. Work becomes inconsequential alongside the other two. I am proud to be able to call myself a survivor. I battled stage 4 testicular cancer which spread to my lungs and kidneys… and I beat it. I also survived a heart attack at the age of 38 and am proud to still be standing here, and also spreading the message about heart disease. I’m also proud that I’m a family man with a loving wife and two gorgeous girls. In today’s world of high divorce, I’m happy that we’re a solid family unit with a lot of love to give each other.

The Difference Between good And Great | You can learn to be good at something, but you only become great at it when you have the passion as well. 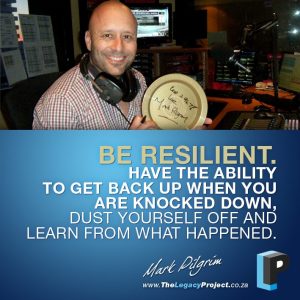 A Key Talent | Resilience. It’s the ability to get back up when you are knocked down, dust yourself off and learn from what happened. I find that criticism, no matter how harsh it seems, is something you need to appreciate.

Principles I Live By | Honesty, happiness and integrity. I’ve always made a point of being the same person whether I’m in front of the camera, behind a microphone or even just being with friends and family.

How I Use My Mind | I’m a big believer in lists. The reminder list is used on my iphone daily. You see, once you’ve written something down, you no longer have to worry about remembering to do it. That’s already half the battle won. Just remember to look at your lists!

Performing At My Peak | I think it’s impossible to always perform at your peak. It’s about balance. If I’m having a slightly off day, I allow myself that moment. I don’t feel guilty, I just acknowledge my state. The trick is the next day you need to fire on all cylinders to make up for the down time. 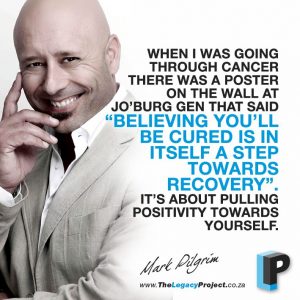 The Best Advice I’ve Received | When I was going through cancer there was a poster on the wall at Jo’burg Gen that said “In believing you’ll be cured is in itself a step towards recovery”. It’s about pulling positivity towards yourself. 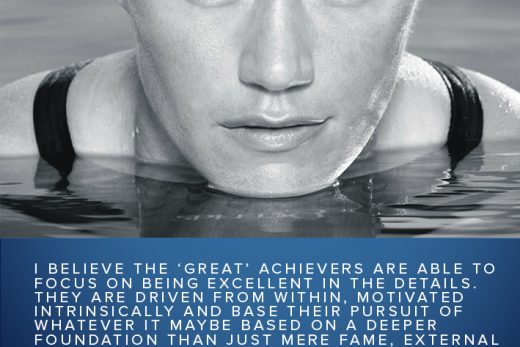 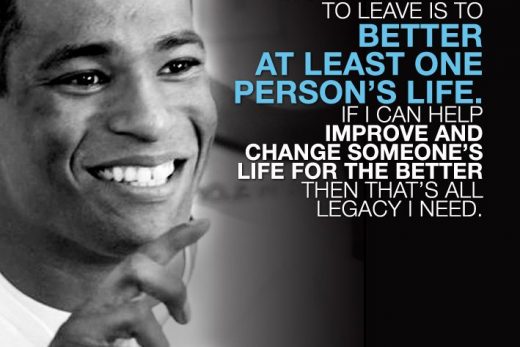 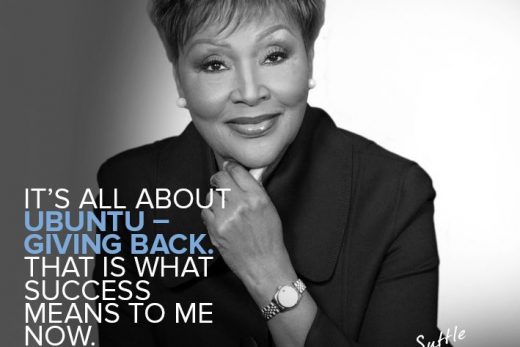 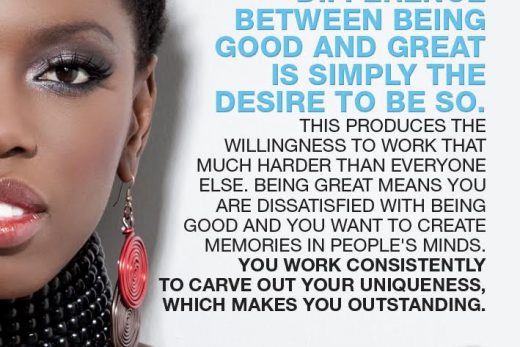